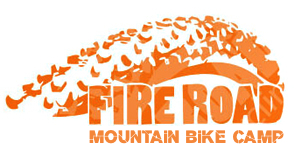 No matter how you define success—by race wins, accumulation of belt buckles, PRs, having fun, or consumption of celebratory beers—our Fire Road 100 Camp was just that. It was a success. In fact, we will even borrow the phrase from everyone’s favorite Kazakh journalist, Borat, and say it was a “great success!” Our group left the Fire Road 100 like a little kid leaving Chuck E. Cheese’s: weighed down with prizes, stuffed to the brim with pizza, and feeling thoroughly exhausted yet euphoric. 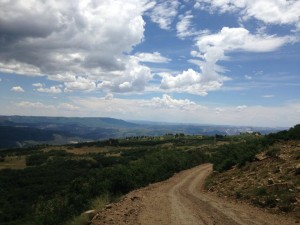 Our first day of the camp was dominated by getting to know the first big climb which we fondly began referring to as “The Beast.” At just over 8 miles long and 3,400 ft of elevation gain, with an unrelenting grade between 5-20%, it lived up to its name. Knowing what it takes to get up that thing— in the heat, dust, and sun, at elevation, and early into a long, long race—was a major benefit to the campers. Also, climbing it so early in the week not only gave their legs a chance to rest before race day, but it also gave them a chance to run to the local bike shop or race sponsor to find an easier gear if they needed it. (Special shout-out here to both Cedar Cycle Bike Shop and the Orbea rep—they were able to help out riders that needed an easier gear not only with larger cassettes, but with totally sweet demo bikes!) 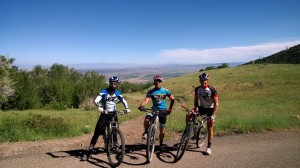 The morning of our second day of camp focused on the last 15 miles of the course. Even though those finishing miles were nearly all descending, they were by far the most technical and mentally taxing. Particularly when fatigued at the end of this long race, a poorly chosen line, an untimely tap of the front brake, or sloppy cornering technique could lead to a gashed tire or an ugly crash. Practicing the final section is a must-do, so, we reviewed proper descending and cornering technique, shuttled our campers to the top of the technical section, and rode our way down, making sure to repeat some of the extra sketchy sections two or three times. 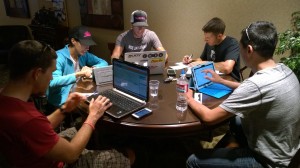 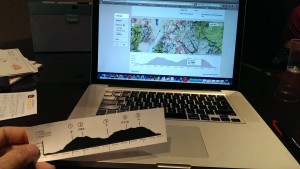 The afternoon of our second day was spent doing a super in-depth course talk and race strategy session. We reviewed where all the aid stations were, what would be available at each aid station, when it would be best to eat, when to hammer, when to recover, what average speed would be needed to finish under a certain time, and yes, even when to pee. Small elevation profiles were given to all the campers and they were encouraged to mark them up and tape them to their handlebars or top tube for race day. This is to eliminate the panic or confusion that seems to set in after the starting gun goes off and induces “Race-Day Amnesia”. 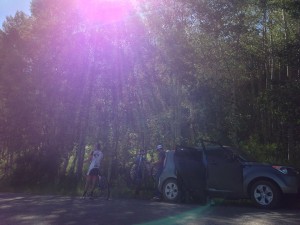 Although our camp was initially slated to be only Tuesday and Wednesday, we extended it through the rest of the week. Everyone was having so much fun that we couldn’t think of a reason to cut the party, er, we mean camp, short. So, we spent the remainder of the week doing a few more shuttles up to the technical section, bike maintenance, personalized nutrition plans, stretching, hot-tubbing, eating, drinking, swimming at the Cedar City Community (Aquatic) Center, and sight-seeing (did you know that Zion National Park is only like 15 miles away from Cedar City???) We even got to enjoy a 4th of July town parade and fireworks show. Now, we may not have any scientific proof that all this non-bike related stuff helped our campers do better in the race, but we sure think it did!

Race day was everything we had hoped (and prepared) for and more. Thanks to a wonderfully organized and efficient packet pick-up the day before, we all already had our number plates and timing chips zip tied to our rigs and were able to focus on other pre-race preparations like eating breakfast and taking care of business in the bathroom (don’t pretend like you don’t know what we mean). Campers and fellow Ninjas warmed up together along Main street then moved in to prime real estate in the staging area. After a punctual start at 8:00am, everyone stayed together in a pack as we were motorpaced out for a neutral start. Once the flag was waved and the neutral zone ended, all the campers looked down at the cheat-sheets on their bikes and reminded themselves of their individual strategy as the real racing began. The unusually cool weather that day, along with an incredibly well marked course, helpful volunteers, well-stocked aid stations, and beautiful scenery made for a fantastic race. Once campers and Ninjas hammered through the finish line, we all congregated and celebrated at the post-race party with free pizza, beer, Twizzlers, and other delicious food that is only acceptable to eat after riding for hours. 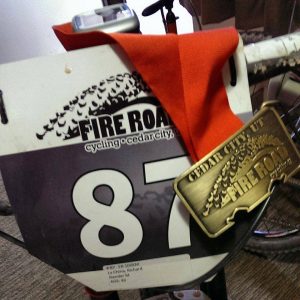 As the results became available, it became clear that our crew was going to come away from this race with much more than just great memories and full bellies.  All in all, we tallied up 7 belt buckles: 3 gold, 3 silver, and 1 bronze. And, if that wasn’t enough, 3 exceptionally speedy lads earned Leadville 100 spots! Whoop whoop! 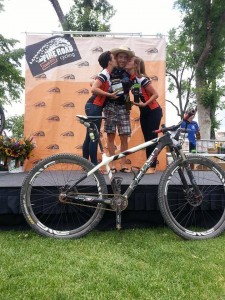 We can’t wait to come back and do it all again in 2015! Thank you to Paul and the Fire Road Cycling crew for putting on this great race and for helping to make our camp possible.

5 Important Life Lessons From My Bike

11 Tips For Getting Your Kid Shredding On Their Bike

7 Must Know Skills for the New Mountain Biker

8 Tips For Introducing a Friend to Mountain Biking